This is just a brief taste of the unprecedented fires consuming parts of every state.

Turn down the sound if you are offended by strong language. And apologies in advance to joudon for the source.

Click on "YouTube" after starting the video if you want a larger picture.
Last edited by jackspratt on December 31, 2019, 1:48 pm, edited 1 time in total.

For further perspective of the size, click on the city of your choice in the dropdown panel:

Or you can add your own city of choice, alongside the dropdown. Try Udon Thani for instance.
Top 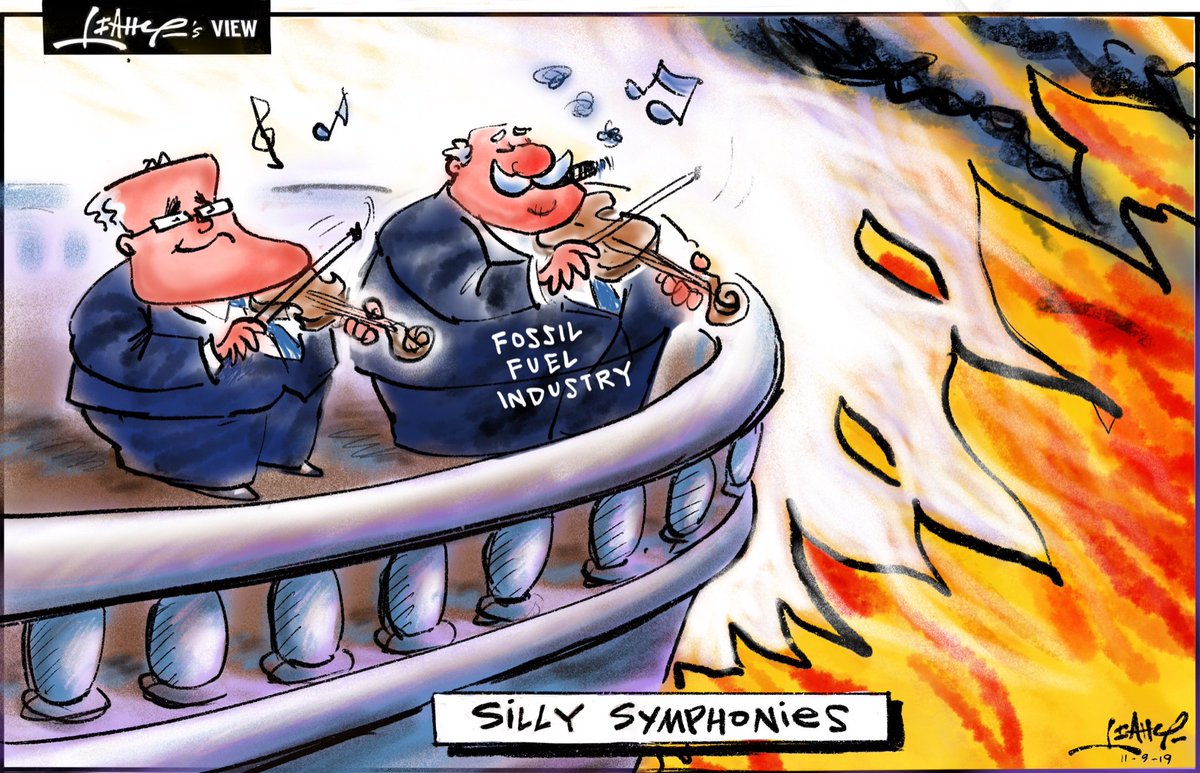 For the life of me I don't know why the Australian Government do not modify the RAAF's C17s and C130s for aerial fire fighting. Removable tanks and a infrastructure is not only a cheaper alternative to buying/renting dedicated aircraft BUT also great flight crew training for low level military purposes.

AND they could even look at Morrison's new A330 "Airforce 1".

Got a mate down the coast for a holiday and this was his message to me this morning when asked him how things were going. He also did include a message about staying in the pub and there was no beer as the power to the whole area is off. They might have to head to the beach just in case like other areas down south.
His message

“A southerly buster is on the way but they need a nor Easter as then it will burn back on itself. 8 out of control fires from Nowra to the Victoria’s border. Mallacoota in the Gippsland is completely burnt out, all people sent to the beach to be safe its over 40deg down there with raging winds.”

yup was 43 degrees, and hell winds, here in Vic, day before yesterday..abit cooler yesterday and today.
150 fires burning across NSW and Vic..Navy going in to collect trapped people off some beaches today..still along hot summer ahead, and this has been going on since Sept..Extreme fire conditions but the fireworks still went ahead last night, even next door..
Top

Sad day for many towns.
Some small villages on the south coast of NSW about 300km south of Sydney are no more or have major property loss.
Here’s a before and after of a little village called Mogo. 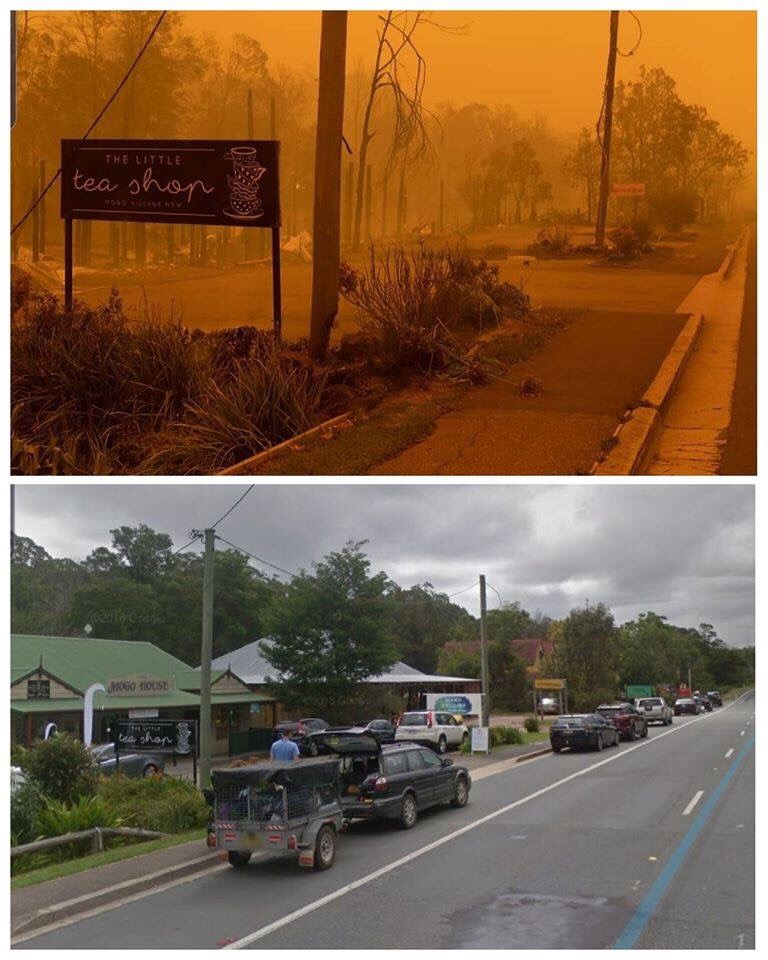 Watching the blowback from Scott Morrison's ill-advised Hawaiian vacation on Sky news last night. Burned property owners telling him to eff-off and fire fighters refusing to shake his hand all made for very cringe worthy viewing. If these photo ops were set up by the same advisors that blustered and bluffed their denials he was in Hawaii in the first place, maybe he needs to fire the lot of 'em. He should forget about doing any more pathetic, personal damage limitation PR and rather than only talking about what they need, deliver something tangible and real right now.

...or he can eff off right back to Hawaii.

My heart truly goes out to the Aussies affected by these horrible fires. That has to be a terrible feeling to be in a situation where you are totally helpless.
Top

Per NSW RFS not expected to get better in the near future.
Dunns Road and Green Valley fires might merge.
Thredbo is being evacuated.

Today is supposed to be the worst day for the fires. Hoping no more lives are lost and damage to property is kept to a minimum.

Friends of mine own a pub in Tumbarumba in the Snowy Mountains region of NSW and the whole town of a couple of thousand people have been evacuated to a larger town a 100 kilometres away. I am hoping their town survives this catastrophe.
Last edited by thegrogmonster on January 6, 2020, 1:31 pm, edited 1 time in total.
Top

The unfortunate thing about it is, that it has happened before (all be it in other areas) and it will happen again.

I was in Adelaide during the Ash Wednesday fires of 1983 and fortunately I was down in the city and not in the Adelaide Hills themselves. It's frightening from a distance, let alone being in the middle of it

If the conditions are right/wrong, namely a dry landscape, high temperatures, low humidity and winds to fan the fire, which tends to be typical of a summer (December/January) in many parts of Australia, then the risks of another disaster are always there. There is very little that technology can do to stop the spread of a bushfire in these conditions.

Then there is the added hazard effect of the Eucalyptus Trees in many of the areas, its ability to provide piles of tinder, the oils in the tree heat up and their release of flammable gas, which ignites into a fireball. Not something that a Firefighter can deal with.

ASH WEDNESDAY: "Some 180 fires characterized by heatwave conditions, low humidity and strong to gale force winds with temperatures between the high thirties to mid-forties over most of eastern South Australia and Victoria, with low relative humidity.

In South Australia, 28 people died, including three Country Fire Service volunteer firefighters. More than 1500 people were injured, 383 homes and 200 other buildings were destroyed and 160 000 hectares were burnt.

Sadly 17 Fire Fighters were amongst those who died"

Just in case people do not realise the size of Australia and how much is burnt out and still under threat. Plenty of maps showing the vast extent of the fires.
This is a different view of the size of our country. 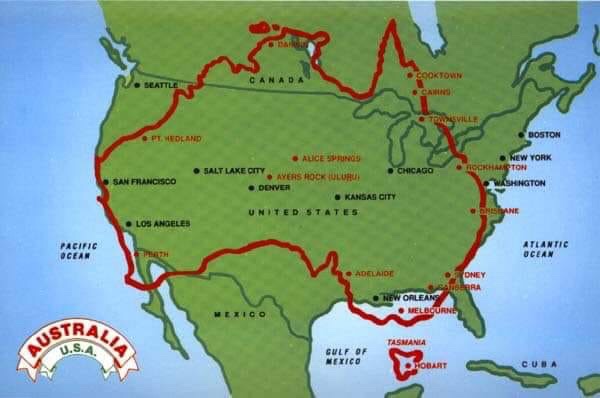 I'm supposed to be in Bright camping and wetting a line. Was a good move to stay home. Still smoky 400kms away.

Interesting take on my recent post about Morrison taking stick for the fires. This from a post on LinkedIn.

Further enlightenment on who's to blame follows here.

How would the aircraft deliver the fire repellent, water or otherwise? Not a criticism of what you've written but more of an engineering conumdrum.

Is he utilising one of the RAAF fleet of A330 Multi Role Tanker Transports (MRTT)? Interesting, HMG has done the same in Blighty.

Just lower the tail gate and throw a hose out the back (not unlike what most of us males do at the urinal). Simplistic = yes. Engineering required = yes!
Sent from my 1977 Apple II using 2 Heinz bake bean cans and piano wire!
Top

Some years back I saw a forest fire here in Thailand. No one seemed concerned. After asking some questions I discovered that it was a controlled burn. The tree huggers would be well advised to keep that in mind.

Kalifornia is a good example of the tree huggers "PROTECTING" the forests. Private companies wanted to go into the forests to clean up dead falls and harvest brush and dead trees. Obviously they would have made a profit from this or they wouldn't have requested that they be permitted to do the free cleanup.
Top

Bandung_Dero wrote: ↑
January 5, 2020, 7:06 am
Just lower the tail gate and throw a hose out the back (not unlike what most of us males do at the urinal). Simplistic = yes. Engineering required = yes!

I see, thank you.
กรรม
Top