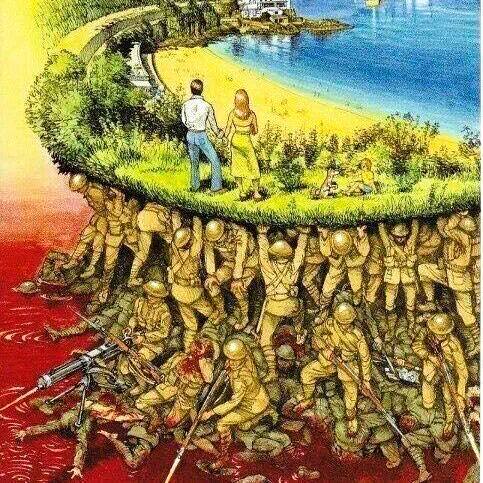 Very poignant Shado, thanks for the contribution.
Top

Indeed with a the bollocks going on in the Uk parlement n politics in general great events in history do get forgotten .. this most certainly shouldnt be the case with remembrance day

Indeed with a the bollocks going on in the Uk parlement n politics in general great events in history do get forgotten .. this most certainly shouldnt be the case with remembrance day

Too add ..to all who gave their lives lets hope the right outcome prevails in the Brexit saga so the UK will.no longer be strongarmed by the EU wishing to carry out a back door version of ehat Hilter tried n failed .


On November 7th, 1920, in strictest secrecy, four unidentified British bodies were exhumed from temporary battlefield cemeteries at Ypres, Arras, the Asine and the Somme.

None of the soldiers who did the digging were told why.

Sentries were posted and Brigadier-General Wyatt and a Colonel Gell selected one body at random. The other three were reburied.

A French Honour Guard was selected and stood by the coffin overnight of the chosen soldier overnight.

On the morning of the 8th November, a specially designed coffin made of oak from the grounds of Hampton Court arrived and the Unknown Warrior was placed inside.

On top was placed a crusaders sword and a shield on which was inscribed:

On the 9th of November, the Unknown Warrior was taken by horse-drawn carriage through Guards of Honour and the sound of tolling bells and bugle calls to the quayside.

There, he was saluted by Marechal Foche and loaded onto HMS Vernon bound for Dover. The coffin stood on the deck covered in wreaths, surrounded by the French Honour Guard.

Upon arrival at Dover, the Unknown Warrior was met with a nineteen gun salute - something that was normally only reserved for Field Marshals.

A special train had been arranged and he was then conveyed to Victoria Station, London.

He remained there overnight, and, on the morning of the 11th of November, he was finally taken to Westminster Abbey.

The idea of the unknown warrior was thought of by a Padre called David Railton who had served on the front line during the Great War the union flag he had used as an altar cloth whilst at the front, was the one that had been draped over the coffin.

It was his intention that all of the relatives of the 517,773 combatants whose bodies had not been identified could believe that the Unknown Warrior could very well be their lost husband, father, brother or son...

THIS is the reason we wear poppies.

We do not glorify war.

We remember - with humility - the great and the ultimate sacrifices that were made, not just in this war, but in every war and conflict where our service personnel have fought - to ensure the liberty and freedoms that we now take for granted.

Every year, on the 11th of November, we remember the Unknown Warrior.

At the going down of the sun, and in the morning, we will remember them.