The polling isn't looking so good for the old dotard. Hang on, both candidates are old dotards. I meant people are telling the pollsters Mr Trump isn't so popular.

I’m trying to remember the last time you could actually rely on a pollster? They are rarely right these days and I’m surprised people still pay them for their results.
The forest was shrinking daily but the trees kept voting for the axe as its handle was made of wood and they thought it was one of them.
Top

As for US Politics, interestingly Trump has just fired another Inspector general those people charged with trying to make the Executive branch accountable , but as her report was contrary to POTUS, he fired her. Accountable he is not , hopefully the American public will wake up .
Top

For some reason this photo kind of appeals to me:

"NBC News
Coronavirus payments sent to the dead should be returned, government says"

What more can be said
Top

Just watched a couple of press briefings from the white house ... not that really too concerned with US politics , not a DT supporter or Hater ,.. tho i despise Hilary Clinton .. more so 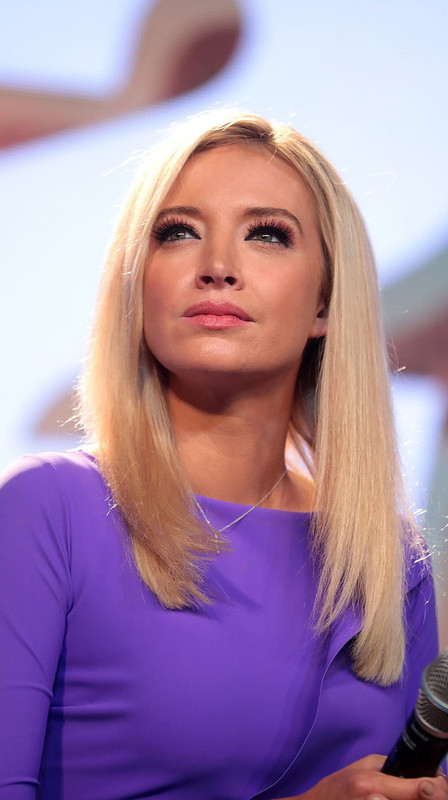 in Uk we got Ann Windacombe whom i really like a great politician love her ...another blond alas a bomb site not shell

.. she tells it as it is without the bollocks unlike most other career politicians 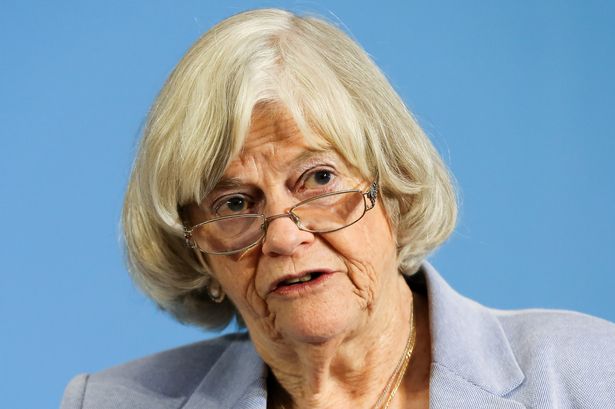 DM used to be a big fan of Fox channel as they had a plethora of stunners on the rosta a few years back ..including Anna Kooiman and another whose name i cant recall who had massive jugs, where have they all gone ??

Jon,
Kayleigh has got balls too, and doesn't put up with any ---- from the reporters, but responds in a more measured way than Don.
I've never ever cared about US politics either, until DJ won and beat old sour puss.
It's just been fascinating to watch.

Also, much rather watch her talk than DJ.

Same as DJ's wife.
Much rather watch her parade around the world than old sour puss Hillary.

Pleasant change all round, and funny too

"Pleasant change all round, and funny too

certainly cant argue with that .......... it's bloomin' hilarious watching her stumble from one disaster to the next

Its like the Kadashians of US politics..
Donald will have some cute moves up his sleeve yet to whammo old school Joe, dont you worry..
Top

The a...hole has lied 20,000 times to date, by the time we reach November what’s it going to be, and how many more deaths from the virus? Deaths that would have been so much lower if he were a leader and not a showman.

Besides being a world class, gold medal liar, Trump has progressively corrupted the political processes and norms in the US - which weren't great to start with.

Yet despite this, there are those who are happy to offer him support and congratulations because ....... he is not Hillary.

As I said here a few days ago:


Critical analysis is a rare commodity on a lot of social media, mike - unfortunately UM is no different in that regard.

The Bloated Orange Bulshiiter's latest egregious assault on US "democracy":


The Trump administration has fired the state department’s inspector general who is reported to have been investigating the secretary of state, Mike Pompeo, for a potential abuse of office.

The inspector general, Steve Linick, was given notice of his dismissal late on Friday night and is to be replaced by Stephen Akard, a close ally of the vice-president, Mike Pence, from his home state of Indiana.......

....... Linick is the latest in a string of officials in watchdog roles fired by the president in recent months, turning on its head the tradition that such jobs are filled with non-partisan figures. Trump has demanded personal loyalty from officials working in the administration, especially those in an oversight role.

You seem to have staggered onto the wrong thread, Cali.

Mech
where have you been hiding????????????
Its been since November when we heard from you last
Top

I never knew Marillion were a Scottish outfit ..

One hit wonders they were unlike the fantabulous Bay City Rollers, the legendary Wet Wet Wet and the enduring Deacon Blue. And Lulu.

Now stop faffing about with DJT's latest vacuous blonde pussy grab. Yanet Garcia's weather forecasts is what your right-hand is crying out for. She'll take your mind off your junction.

One hit wonders they were unlike the fantabulous Bay City Rollers, the legendary Wet Wet Wet and the enduring Deacon Blue. And Lulu.

Now stop faffing about with DJT's latest vacuous blonde pussy grab. Yanet Garcia's weather forecasts is what your right-hand is crying out for. She'll take your mind off your junction.

I find it absolutely amazing at the number of libtard haters. Carry on morons, not all sane people pay any attention to you.
Top
Post Reply
8325 posts